What are the Uses of a Touch Screen Computer Display?

What are the Uses of a Touch Screen Computer Display?

Advancements in technology have offered a plethora of innovations and the perks thereon. From computers to cell phones and everything within, you've hundreds of devices that streamline and ease your chores. One such innovation is a touch screen computer. So,what’s a touch-screen? What are its uses and how users and businesses benefit from this technology? Let‘’s take each question and understand it thoroughly. 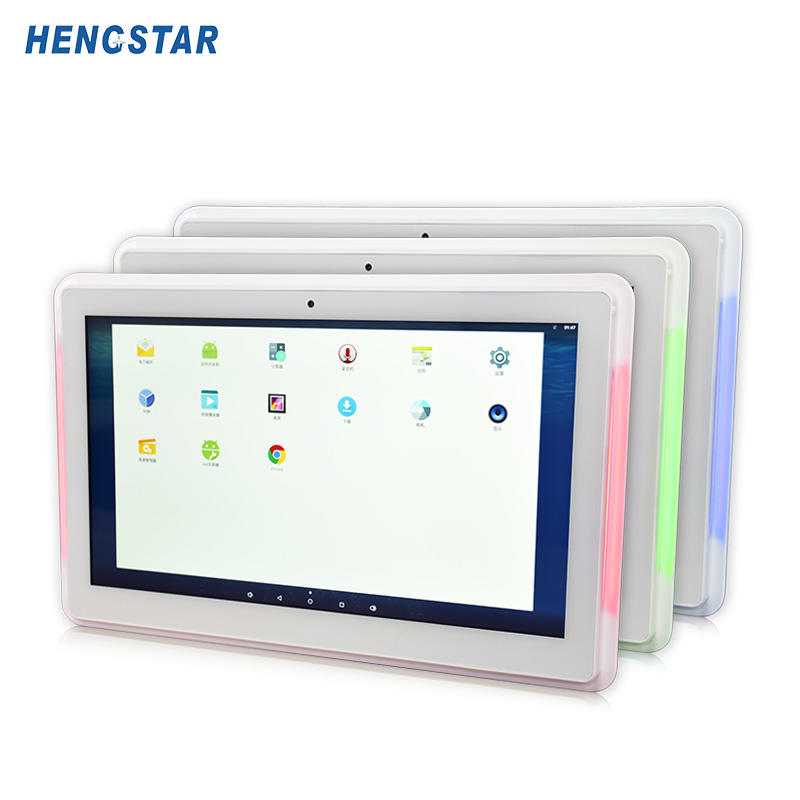 What is a touch-screen?

It's a display capable of recognizing a touch on its surface area either with a stylus or a fingerprint. Over the last few years, touch screens have undergone drastic changes. Today, you can find an industrial touch screen display as well as a simple computer touch screen. Most touch screens are designed and customized keeping in mind the usage. Here are the popular uses and applications of the touch technology in various sectors.

Although started as a means to streamline and ease your typing or keying tasks, touch screens have become popular with time. Today, most fields use them for various chores. Some of the important fields that use this technology are detailed below. 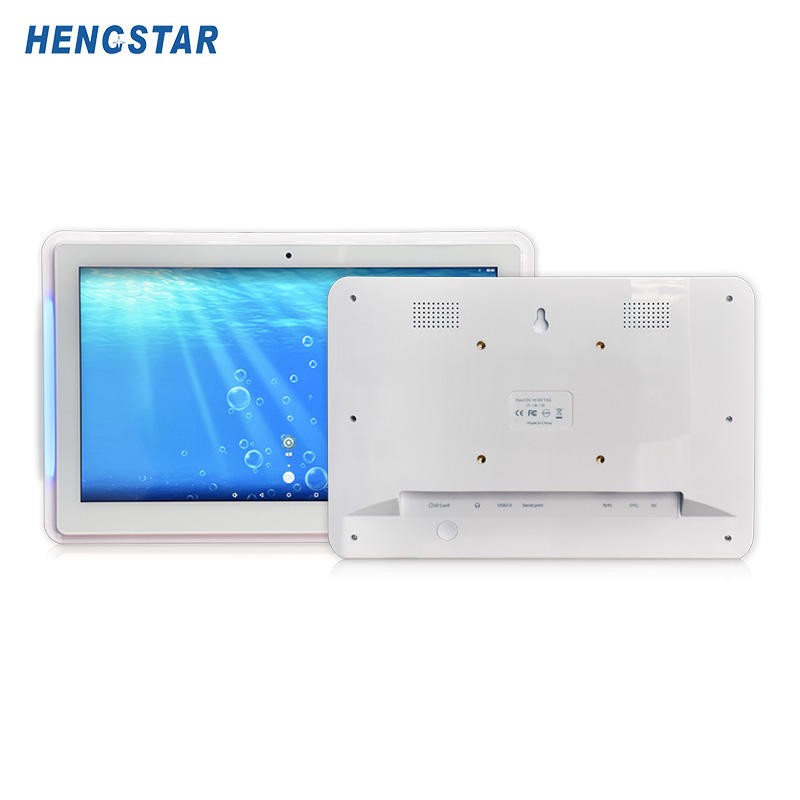 Back then, supermarkets used computers for entering details. Users had to manually put the produce on the weighing scale or ask a store representative to measure the produce. In addition to eating plenty of time, those chores involved immense hassles. Thanks to touch technology, you can now do such chores like a breeze.

Various supermarkets now use touch screen computer displays to save time for cashiers as well as customers. Customers can look up codes and weigh produce. You can also choose payment methods via touch screen displays, thus speeding your shopping tenure.

Earlier, users had to enter their information by pressing buttons. A singe damaged button used to keep users from accessing the ATM until the issue was fixed. Today, most of the ATM machines use an industrial touch screen display. They allow you to enter details without having to click buttons. As well as offering the much-desired convenience, it makes any ATM much easier to use.

Touch screens were first introduced in the PDAs or personal digital assistants. Popularly known as a hand-held PC, a PDA is a mobile device that functions as an information manager. However, modern Smartphones replaced them over time. Still, PDAs are used for media playing and Internet browsing. Even gaming centers in remote areas use PDAs for simple games.

Apple is supposed to be the pioneer in adopting touch technology. Take any Apple iPhone, and you'll find a touch screen computer display. Whether it's the navigation or entering details, users don't need to press buttons. All they should do is use the display. You can text, listen to music, dial, and browse the net using the touch technology.

Nintendo is a popular name among gaming enthusiasts. Ask any kid or serious gamer about Nintendo. You'll hardly find anyone who doesn't know about this popular game. Over the years, Nintendo games have undergone various changes. Today, users can enjoy a hand-held Nintendo video game system.

It features two touch screen computer displays. The lower screen is meant for touch-screen capabilities. Most games are played with the use of a stylus. Gamers can move characters, draw figures, click on items, and move objects, which offer a unique gaming experience. 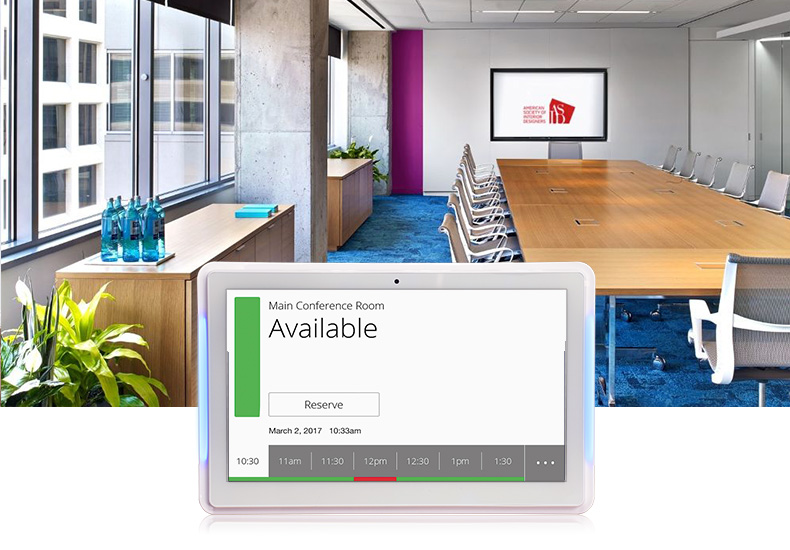 Many offices use touch screen technology in numerous ways. Workers and other users can swipe their IDs in any office setting to get into the establishment. Not just that, access to office computers is also done through thumbprints via touch screen computer displays. Whether it's simple data entry or complex tasks, you can now access the system via the touch technology.

Media houses are perhaps one of the most popular venues where touch screen displays are widely used. This could range from touching on states, reporting the weather, and clicking on numbers during elections. Even reporting on important incidents and events is done through touch screens.

An industrial touch screen display has become common in media reporting. Reporters in the studio use them too often. By using this innovative technology, reporters can get to a particular screen to interact with their colleagues at a different location. Within no time, they can chat with the said person as if they're right there in the room.

Gone are the days when people had to travel and pay a personal visit to a seminar or conference. Touch screens have resolved this issue. Now you don't have to be worried about traffic jams or flight delays to visit a place to attend an important seminar. Just check-in online through the touch screen computer display and you're on. Within no time, you can interact with the head of the seminar or conference, seek solutions to your problems, or recommend a suitable solution on an upcoming issue.

Touch-screens are used in many sectors, including the payment of utility bills. Just access the industrial touch screen display and put the details. Within no time, you'll be prompted to enter the required information to process your request and payment.

Today, the use of technology has become a mainstay. Users as well as businesses prefer minimal human interference. Whether it's a retail outlet, gas station, mall, or restaurants, you can use touch-screens for processing orders and making payments. These kiosks are more visual and easier to use. Plus, they're simple and minimize the instances of mistakes and errors. Even modern movie theaters are quickly switching to touch-screens to provide a better user experience.

Touch screen computer displays are the future. No matter whether it's processing orders in malls or making payments in banks, an industrial touch screen display comes as a boon to users as well as commercial enterprises. With the increase in the number of users and businesses, the trend doesn't seem to stop anymore. Whether you're a casual user or a businessman, adopt this cutting-edge technology before you lag behind in the rat race.

HOME PRODUCT OEM&ODM ABOUT US VIDEO INFO CENTER CONTACT US

Hello, please leave your name and email here before chat online so that we won't miss your message and contact you smoothly.